Jerome Bonduelle, an executive at France’s family-run agri-food producer Bonduelle, was killed on Friday night, after a car hit him as he was cycling in the northern city of Lille.

The 51-year-old was riding a bike along with his wife and daughter in the Euralille district of the French city when the hit-and-run incident ended his life, local media reported. The man died on the scene despite attempts to resuscitate him.

The driver was arrested early on Saturday morning and, reportedly, has a record of reckless driving.

Jerome had a seat on the Bonduelle board of directors, heading the company’s prospective and developmental affairs. He joined the family business in 2003 after spending a decade forging a managerial career in automaking and consulting. He is also the son of Bruno Bonduelle, a prominent Lille industrialist and former head of the vegetable giant.

The Bonduelle group provides jobs to some 14,500 people around the world, including 4,600 in France. It traces its history to 1853, when Louis Bonduelle-Dalle co-founded a distillery business. 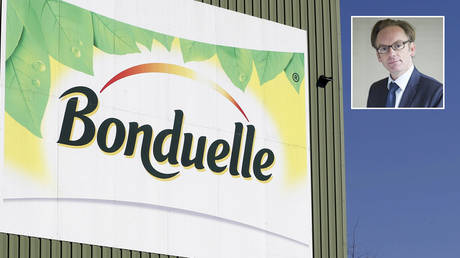