The Parisian artist, known for his ultra-realistic graffiti frescoes, is thought to be the first to affix a Bitcoin QR code to his work, allowing mining for donations.

Pascal Boyart’s latest mural, “Confessions of a Red Jester” is a modern interpretation of the 1862 painting “Stańczyk” by Polish Romanticist painter Jan Matejko, and has earned the artist 0.0514 BTC in just five days. In fiat-currency terms, this equates to a sum slightly shy of $500.

Adorning the piece on Paris’s rue de Montmorency is a QR code, along with a spray-painted Bitcoin logo and a wallet address, that enables donations by passersby. And Boyart’s rendition of the famous dejected jester takes the crypto-angle a step further, depicting fiat bills littering the ground beneath his feet.

According to a Twitter post by Boyart, the mural is about both fiat money and quantitative easing. The response has been positive, with one user rejoicing that there was “finally some more classical art in the cryptospace.”

My new mural with a #Bitcoin QR code for donations is just finished!

It can be seen in rue de Montmorency, Paris 👀 Hurry up before it disappear!#Crypto #qrcode #Art #painting #pboy pic.twitter.com/YhmkBBOR8u

The work follows on from Boyart’s previous frescoes, in that it examines the relationship between art and money. In an interview published on Medium in 2018, Boyart said that, in his view, cryptocurrencies represent a type of “freedom” that’s reminiscent of the early days of the internet.

As for encouraging his fans to donate in Bitcoin, its decentralisation, he said, is a “good thing for creativity”, providing a “more direct relation with the people who love art” and “more horizontality in the business of art.”

In January 2019, the artist announced on social media that he had painted a mural somewhere on the streets of Paris with a $1,000 Bitcoin prize to be scooped by whomever could solve a digital puzzle hidden within it.

#StreetArt treasure hunt in Paris with a #Bitcoin puzzle
For the 10th birthday of the genesis block, I painted this frescoe in Paris with a 0,26btc ($1000) puzzle in it.
Here’s the public key: 1NqPwPp7hEXZ3Atj77Ue11xAEMmXqAXwrQ Thanks to @alistairmilne for sponsoring this 🙏 pic.twitter.com/F7aIkxmp6t

The artwork was a homage to the Yellow Vests protests in France, which, at the time of creation, had been raging for several months. Every Saturday for a year, since November 2018, tens of thousands of people all over France had been taking to the streets against the austerity policies of President Emmanuel Macron. The mural was discovered within days, the puzzle solved and the prize claimed. 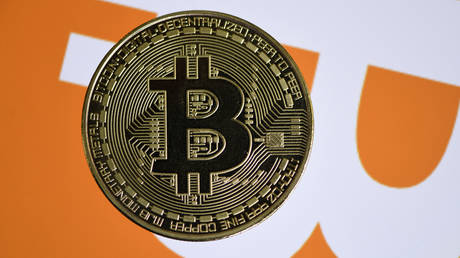