German detectives are inquiring into reports that ethnic crime rings benefited from state aid meant to keep businesses afloat during the Covid-19 epidemic – because even clan membership doesn’t make you ineligible for that.

“We have received tip-offs that in isolated cases clan members have received emergency financial aid from the federal government,” Thomas Jungbluth, a senior officer from the Criminal Police Office (LKA) in the state of North Rhine-Palatinate, confirmed on Thursday.

He told the Rheinische Post newspaper that, while the police are investigating those cases, there’s a legal gray zone out there.

Even those belonging to a crime clan have the right to claim hardship allowance if their business – say, a hookah bar – has had to close because of the Covid-19 lockdowns and zero attendance.

“A clan member is basically eligible [for that],” Jungbluth acknowledged. Being a member of a large underworld family (known as Grossfamilie in Germany) “does not invalidate this eligibility,” he said. As the epidemic started taking a toll on small businesses and self-employed people, Berlin allocated a total of $50 billion (about 45 billion euro) to help them keep their heads above the water.

Announcing the emergency measure back in March, Finance Minister Olaf Scholz stressed that this money will be distributed in grants, not loans. “Nothing has to be paid back,” he assured applicants.

In North Rhine-Palatinate, self-employed persons were entitled to allowances worth up to 9,000 Euros, while small firms – whose sales plummeted and operations shrank – with up ten or fewer employees could ask for 15,000 Euros.

Now, Jungbluth from LKA says police are working with tax authorities to see how the weird loophole in the law could be patched up.

Organized crime has increasingly become a big security issue over the past few years. Police have warned that in Berlin alone, over 20 influential families – mainly of Middle Eastern descent – are active all over the capital city, controlling the drug trade, money laundering, and prostitution rackets.

The authorities vowed to crack down on the mafia-like rings and street gangs last year – but as this year’s poll by the Allensbach Demoskopie Institute revealed, over two-thirds of Germans don’t feel the government does enough to tackle the problem. 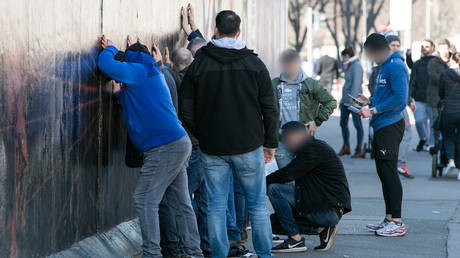