The Danish Foreign Ministry has raised its travel guidance to the maximum level for all countries on Friday, in an effort to limit the spread of more transmissible Covid variants discovered in the UK and South Africa.

Entering Denmark without a recognizable purpose and a negative coronavirus test will not be permitted between January 10 and 17, Foreign Minister Jeppe Kofod told journalists.

He also advised locals against leaving the country, saying: “the message is simple and clear: You should not travel.” Danes who are currently abroad, shouldn’t return, he added.

The “temporary” and “precautionary” restrictions were a response to recent increases in Covid-19 infections across many countries, caused – among other factors – by the new variants of the disease. The Scandinavian nation hasn’t yet detected any cases of the South African-discovered variant, but the authorities estimate that the new strain found in the UK will be dominant in Denmark by mid-February.

“We want to buy time, especially now that the roll-out of the vaccines gives us hope that it will soon be over,” Kofod pointed out.

Denmark, which has so far recorded over 177,000 Covid-19 cases and 1,487 deaths due to Covid-19, is currently one of Europe’s leaders in terms of the pace of vaccination. Since late December, around one percent of its 5.8 million population has received at least the first jab of the two-dose of the Pfizer/BioNTech drug. 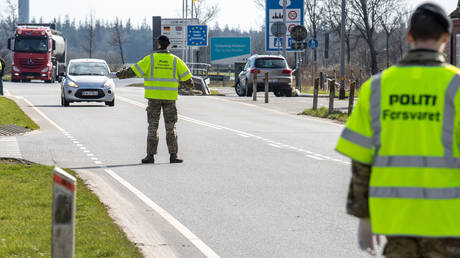