India’s push against Chinese mobile apps has been given an unexpected impetus after an official in the state of Uttar Pradesh promised to hand out face masks in exchange for deleting the government-blacklisted software.

The software in question has been swiftly made unavailable via Apple’s App Store and Google Play for users in India, but many likely still have it on their mobile devices.

While it’s as yet unclear how the ban will actually be enforced when it comes to apps already in use, at least one incentive to delete them has arrived.

“After [the] banning of 59 Chinese apps in the country, I have started a campaign of providing free face masks for deleting Chinese apps,” Anupama Jaiswal, former Uttar Pradesh minister of basic education and member of the ruling Bharatiya Janata Party said on Thursday.

She didn’t explain the logistics behind the unorthodox move, leaving state residents in the dark about where to collect the much-needed masks. But as India’s coronavirus tally surges, it’s unlikely the official’s call will fall on deaf ears.

As of Thursday, India has reported more than 604,000 active cases and close to 18,000 deaths. Uttar Pradesh itself moved to reopen businesses and public spaces earlier this month, despite Covid-19 still blighting the northern state.

Meanwhile, India’s surprise decision to blacklist the 59 apps comes as its ties with neighboring China have become seriously frayed and on-border tensions have escalated to a degree unseen in decades. In June, soldiers from the two sides clashed on a poorly demarcated frontier in a disputed Himalayan area called Eastern Ladakh by the Indians and Aksai Chin by the Chinese.

Although no firearms were reportedly used in the skirmish, the Indian army said 20 of its soldiers were killed. China didn’t disclose its casualty levels from the incident. New Delhi and Beijing blamed each other for the incident but stopped short of sliding into a full military confrontation. 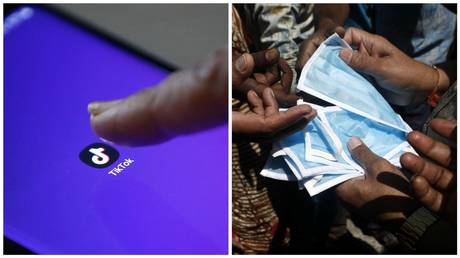