Denmark’s minister for agriculture has resigned, having lost the trust of his colleagues in government after an illegal order to cull the country’s farmed mink. The animals are known to be the source of a mutant Covid strain.

“Since I have the clear assessment that I no longer have the sufficient support among a majority of the parliamentary parties, I have today informed the Prime Minister that I am resigning from the government,” Mogens Jensen announced on Facebook on Wednesday.

The politician added that he accepts that mistakes have been made by his ministry and he would personally take responsibility, adding “especially I regret this to the many mink farmers who have been in a very unhappy situation.”

Jensen said that all of the decisions made by his ministry since June have sought to stop the spread of Covid-19 in mink populations and its passing from animals to humans, citing the public health risks posed by the mutant strain.

Following a number of smaller culls, the government announced on November 4, that all mink in Denmark – some 17 million – must be euthanized because of the risk posed by the new mutated coronavirus strain found in mink.

The situation took another turn last week when the prime minister admitted that the government did not have the legal authority to order the culling of all mink farmed in Denmark.

“Even if we were in a rush, it should have been completely clear to us that new legislation was required, and it was not. I apologize for that,” said Danish PM Mette Frederiksen.

The PM made it clear that the responsibility lay with the minister of agriculture.

Reports show that at least 200 people have been infected by the Covid strain linked to mink populations in Denmark. It is feared that the mutant strain, which has already passed from mink to humans, may reduce the effectiveness of candidate vaccines currently being trailed. 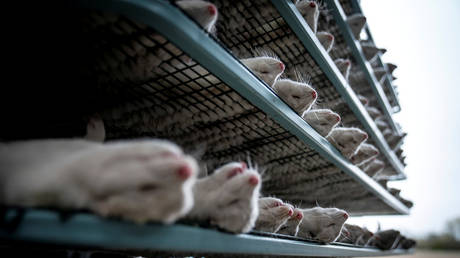