China’s Manila mission on Tuesday accused the United States of “creating chaos” in Asia, releasing a harsh statement after the US national security adviser backed countries in the region that have disputes with Beijing.

“We’ve got your back,” Robert O’Brien told the Philippines and Vietnam in Manila on Monday. Both states are locked in maritime rows with China. The White House envoy also underscored Washington’s commitment to Taiwan.

China’s embassy in the Philippines said O’Brien’s visit to this region was “not to promote regional peace and stability, but to create chaos in the region in order to seek selfish interests of the US.”

The Chinese diplomats urged Washington to “stop inciting confrontation” in the South China Sea, saying late on Monday that the US should also stop making irresponsible remarks on the Taiwan and Hong Kong issues, “which are purely China’s internal affairs.”

Facts have proven that the US is “the biggest driver of militarization,” the embassy said, noting it is “the most dangerous external factor” in the South China Sea.

Washington’s purpose is “never to help regional countries to resolve disputes but to maintain its hegemony in the region,” it said.

China has conflicting territorial claims with Brunei, Malaysia, the Philippines, Vietnam and Taiwan in the South China Sea, while Washington has repeatedly sent warships to the strategic waterway to demonstrate “freedom of navigation.” 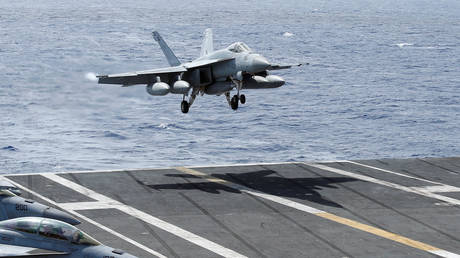