The speaker of the Czech upper house has said that the country’s president Milos Zeman is unable to carry out his duties, having spent a week in intensive care, and is unlikely to return to office in the coming weeks.

Speaking on Monday, Senate speaker Milos Vystrcil told reporters that he had been informed by medics that there was only a small chance that the Czech leader would return to work in the coming weeks.

Vystrcil was citing a report from the hospital in which Zeman is staying, having been admitted to intensive care a week ago. Vystrcil said that Zeman was unable to carry out his duties and the government needed to look at shifting the president’s responsibilities onto other public officials.

Zeman was rushed to hospital eight days ago, shortly after holding talks with the outgoing prime minister Andrej Babis. The hospital director said that he was admitted to intensive care concerning complications related to a pre-existing condition.

The president had been rushed to hospital in September too. He is known to have various health conditions, including diabetes, and was a heavy smoker and drinker. During a visit to a cigarette factory in 2013, he announced that it was safe for people to start smoking later on in life. 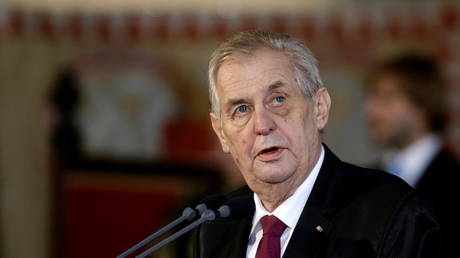 ‘We also have feelings’: Khabib su...