Czech PM Andrej Babis called on the EU leadership to discuss the European Union’s lack of cooperation on the coronavirus issue, after his country faced a second wave of the pandemic and was forced to declare a state of emergency.

Cooperation between the EU’s health authorities and coronavirus experts is effectively not working, Babis said, on his arrival in Brussels on Thursday for an EU summit.

“Now our country is facing the second wave. We were one of the best during the first wave, but now, of course, we’re in a different situation and we don’t want to shut down the economy anymore,” he stated.

Babis criticized the EU leadership for apparently having somehow forgotten to put the most important issue – the ongoing pandemic – on the summit’s agenda.

The Czech Republic declared a state of emergency over a spike in coronavirus cases on Wednesday. A 30-day long state of emergency will kick off on October 5, allowing the government to tighten up social distancing rules, limit mass gatherings in the worst-affected regions, and close schools.

The country has recently faced one of the most rapid infection rates in the spread of Covid-19 in Europe. It repeatedly registered some 2,000 new coronavirus patients a day in September, and the number of active cases is currently hovering just above the 36,000 mark. The total number of confirmed cases in the central European nation – which has a population of 10.7 million – remains comparatively small, standing at around 70,000 since the start of the pandemic.

Many EU nations have reported a rapid surge in the spread of the virus in recent weeks, with a number, including France and Spain, registering all-time-record daily increases in new Covid-19 cases.

Globally, more than 34 million people have been infected by the disease, and the death toll has surpassed the one million mark. The US, India, and Brazil remain the worst-affected nations, accounting for over a half the case count worldwide, latest statistics by the Johns Hopkins University, in the US, indicate. 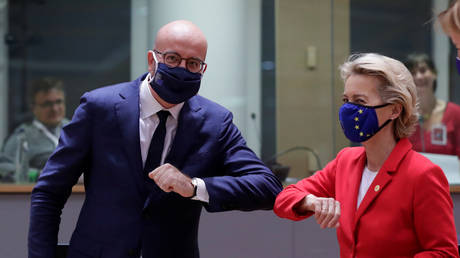 Humans are descended from chinless...