Cyprus will stop offering passports to wealthy foreigners in exchange for a large investment in the country, following reports that the system was being routinely abused.

The island nation said on Tuesday that its Citizenship by Investment (CIP) scheme will be abolished starting from November 1, after Al Jazeera published an undercover investigation which claims to document how the program was plagued by corruption.

“The proposal was based on the timeless weaknesses but also on the abusive exploitation of the provisions of the program,” the Cyprus Presidency said in a tweet announcing the government’s plan to suspend the scheme.

In its explosive report, Al Jazeera alleged that Cypriot politicians are “willing to aid and abet convicted criminals to obtain Cypriot citizenship.”

The CIP program rewards a Cypriot passport to individuals who invest a minimum of €2 million ($2.3 million) in the country. The program has been utilized by wealthy foreigners who want to travel visa-free in the European Union, which Cyprus joined in 2004. Anyone with a criminal record is disqualified from participating in the program, but an Al Jazeera journalist posing as a middleman for a fictitious Chinese investor with a prior conviction was purportedly able to enlist the help of a senior Cypriot state official and a lawmaker to bypass the regulation.

The investigation comes several weeks after Al Jazeera released a cache of nearly 1,400 documents showing that Cyprus had issued passports to criminals, including people listed on Interpol’s wanted list. The documents implicate parliamentary speaker Demetris Syllouris and a member of parliament, Christakis Giovanis, who is also one of the country’s largest real estate developers.

Shocking new #CyprusPapers leave no doubt: for wealthy there is always a back door into #EU, even if you’re a convicted criminal. If this is not enough to take legal action, then what is ⁦@EU_Commission⁩ ⁦@dreynders⁩? Read👇 my call for a ban on #GoldenPassports pic.twitter.com/86PjXIk5yP

The revelations sparked outrage among EU lawmakers. Dutch MEP Sophie in ‘t Veld released a statement denouncing the “Golden Passport” program, arguing that the corruption-plagued program opens up the doors of the bloc to criminals and puts the entire union at risk. 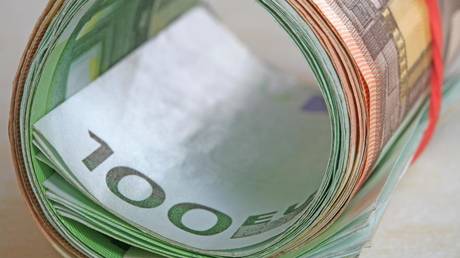