Prosecutors in Cyprus have ended a criminal inquiry into allegations of police negligence in their investigation into a serial killer, citing the failure to prove the charges “beyond reasonable doubt.”

Speaking on Monday, the island nation’s prosecutor’s office announced that authorities had failed to find enough evidence to prove “beyond reasonable doubt” that 15 officers accused of negligence and racism had engaged in criminal conduct.

The investigation had focused on claims that the officers in question had “failed to perform their official duties” during an investigation into former army captain Nikos Metaxas, who was sentenced in 2019 for the murders of five women and two children.

Prosecutors had previously suggested that the officers had been negligent during their investigation into the deaths of the victims, who came from the Philippines, Romania and Nepal, between 2016 and 2018.

“It is clear from case law that ‘error, however serious, negligence, stupidity, inadequacy or incompetence’, do not meet the level of a reckless act required for an offence of neglect of duty,” the prosecutor’s office said in a statement.

Cypriot Attorney General George Savvides dropped the investigation, although he did criticize the police, claiming authorities had uncovered “a series of systemic problems” even if this didn’t meet the bar of criminal wrongdoing. The apparent negligence or misconduct uncovered “does not prove” any guilt on the part of the police, his office said in its statement.

While the criminal element of the investigation has ended, the attorney general’s office has handed the case over to police for officials to conduct an internal disciplinary probe. In the wake of the first victim’s body being uncovered, the Cypriot justice minister and police chief both resigned from their positions over the failure of their departments to uncover the serial killer’s activities over nearly three years. 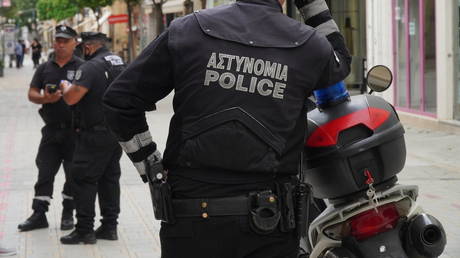