Covid pandemic ‘could have been prevented’ if governments had taken quicker, stronger measures – WHO-commissioned report

Covid pandemic ‘could have been prevented’ if governments had taken quicker, stronger measures – WHO-commissioned report

An independent World Health Organization (WHO) report has stated that the Covid pandemic was preventable but ‘inconsistent and underfunded’ preparation by governments, as well as a slow and weak response, exacerbated the outbreak.

The report, commissioned by the WHO and conducted by an independent panel, released its findings on Wednesday, laying out how “weak links at every point in the chain” had resulted in, at least, “a month of lost opportunity” that allowed the global pandemic to spread faster.

Helen Clark, the former prime minister of New Zealand, who co-chaired the panel, criticized the slow response from governments, with some waiting for hospital ICU beds to fill up before taking more action, by which time “it was too late to avert the pandemic impact.”

“What followed then was a winner-takes-all scramble for PPE and therapeutics. Globally, health workers were tested to their limits and the rates of infection, illness and death soared and continue to soar,” Clark stated in the report, titled ‘Covid-19: Make it the Last Pandemic’.

The blame wasn’t placed entirely on national governments, as the panel found the WHO’s response was not as strong as it could have been, stating that the international health body should’ve declared a global emergency earlier.

The combined failure of governments to prepare and the slower and weaker response that followed created “a myriad of failures, gaps and delays,” meaning that the current situation “could have been prevented,” co-chair Ellen Johnson Sirleaf claimed.

The report outlined the need for both the WHO and governments to swiftly implement reforms to avoid a “toxic cocktail” in the future leading to a similarly damaging global pandemic, causing international disruption and claiming so many lives.

As part of the plans being set out going forward, the panel suggested that heads of state should be brought together to oversee preparations, providing the financial backing and the support needed to protect against the threat of viruses. The report also states that the WHO needs to be improved, so it is faster-moving and better-resourced, giving it the ability to properly fight against health concerns.

The WHO hasn’t formally responded to the report yet, but it is expected to accept the findings of the panel. 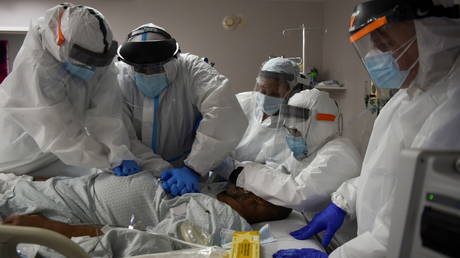 Nasa probe hurtling back to Earth...

IDF will fight until there’s ‘comp...