Close
Trending News
HomeWorldCovid-19 infecting our DREAMS, says study – and researchers claim it hints at ‘some form of SHARED MINDSCAPE’

Covid-19 infecting our DREAMS, says study – and researchers claim it hints at ‘some form of SHARED MINDSCAPE’

Covid-19 infecting our DREAMS, says study – and researchers claim it hints at ‘some form of SHARED MINDSCAPE’

Many of us consider it a living nightmare and, now, new research proves the Covid-19 pandemic is invading our dreams too. Moreover, it concludes that the similar themes of its test subjects’ dreams point to a “shared” mindscape.

Researchers in Finland used artificial intelligence (AI) to analyze the recent dreams of several hundred people, details of which had been recorded on a database. They found that Covid-19 had ‘infected’ over half the dreams that the participants described as ‘bad’. The resulting paper, titled ‘Pandemic Dreams: Network Analysis of Dream Content During the COVID-19 Lockdown’, was published on the online open-access journal Frontiers in Psychology.

To carry out their study, the researchers crowdsourced sleep and stress data from a pool of some 4,000 participants during the sixth week of lockdown in Finland, 800 of whom also gave detailed information about and descriptions of their dreams.

“The results allowed us to speculate that dreaming in extreme circumstances reveals shared visual imagery and memory traces, and, in this way, dreams can indicate some form of shared mindscape across individuals,” said lead author Dr. Anu-Katriina Pesonen, head of the Sleep & Mind Research Group at the University of Helsinki.

The team transcribed the content of participants’ dreams and then fed the text into an AI algorithm that parsed the dreams for shared content and word associations. That produced so-called “dream clusters” from “smaller dream particles” – subplots within dreams rather than entire, meandering narratives.

At least 33 of these dream clusters with shared themes emerged, 20 of which were classified as bad dreams. Some 55 percent of the bad dreams had pandemic-specific content.

As one might expect, dystopia and apocalypse were major recurring themes, as were failures in personal protective equipment (PPE), virus containment, and social distancing.

Over 50 percent of respondents reported sleeping more during the lockdown, while 25 percent reported frequent nightmares, and 10 percent said they had difficulty sleeping.

Meanwhile, at the University of Toronto Mississauga, researchers were conducting a similarly intense study of the pandemic’s impact on sleep, with strikingly similar results.

A team studying under anthropologist Dr. David Samson, who posits that humanity evolved to have dreams and nightmares as a means of training for real-world threats, collected dream and sleep data from 84 students hailing from 22 countries around the world.

Where possible, the participants provided detailed descriptions of their dreams during the early lockdown phase of the pandemic, which were then sorted into five themes related to characters, social interactions, settings, emotions and misfortunes.

As expected, anxiety, fear and confusion were the most commonly reported emotions. Respondents also claimed their dreams were more vivid than before and that nightmares were more common than good dreams.

In the UT Mississauga study, some 33 percent of respondents reported pandemic-specific dreams, including about PPE and social distancing failures, among other negative coronavirus-related occurrences.

“It seems that dreams are related to outside stressors, and that they might have a sort of function. Further analysis may support this idea of threat simulation,” says study author and graduate research student Leela McKinnon. 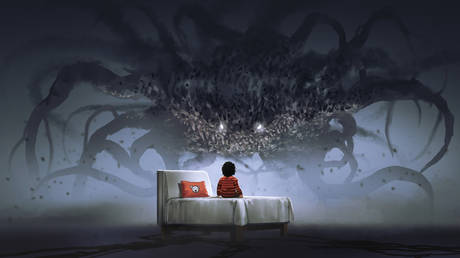 How to change your Roblox username...

'When he becomes somebody, co...