The ruling, announced on Wednesday by the General Court of the European Union (GCEU), effectively annuls the European Commission’s declaration that Apple had been granted economic advantage via Ireland’s taxes.

Ireland’s Department of Finance was pleased with the decision, saying that Ireland gave “no special treatment” and that “The correct amount of Irish tax was charged… in line with normal Irish taxation rules.”

The ruling will come as a blow to European Competition Commissioner Margrethe Vestager, who issued the original order in 2016.

At the time, the Commission demanded that Ireland recover €13.1 billion in unpaid taxes from the tech giant over an 11-year period, as well as an additional €1.2 billion in interest.

The large figure has since been sitting in an escrow account, essentially a trusted third party, since 2018.

Apple has always denied such accusations, stating that the EU has tried to rewrite history and that it had never asked for any special arrangements.

In an interview back in 2016, Apple CEO Tim Cook even went so far as to call the debacle “total political crap.” 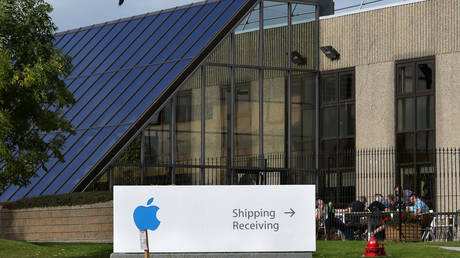