An internet outage affecting hundreds of organizations, including airlines and banks, was not caused by a system update or a cyberattack, US-based content delivery network provider Akamai has said.

Cloud services run by Akamai went down on Thursday morning, affecting clients including US airlines such as United and Southwest, as well as Australia’s largest financial firm Commonwealth Bank and the Hong Kong Stock Exchange’s website.

The provider later confirmed the problem had hit around 500 customers using version 3.0 of its ‘Prolexic’ Routed service, which it said was restored around 4 hours and 30 minutes after the initial outage.

The service – one of several offered by Akamai – provides protection against Distributed Denial-of-Service (DDoS) attacks.

“A routing table value used by this particular service was inadvertently exceeded. The effect was an unanticipated disruption of service,” the company said in a statement.

Akamai apologized to its affected customers and said it had “taken steps to prevent a recurrence of this issue.”

The company did not provide further details about the incident concerning the routing table, which is a data table used by a service to receive and transfer information between networks.

Routing tables can be overloaded and manipulated with incorrect data in order to disrupt a network.

The Akamai incident is the second global outage in the last two weeks after a problem hit cloud computing services company Fastly on June 8, taking dozens of news outlets and companies including Amazon offline temporarily.

Unlike Akamai’s problem however, Fastly said its issue was down to an “undiscovered software bug”, which was triggered by a new software deployment the previous month. 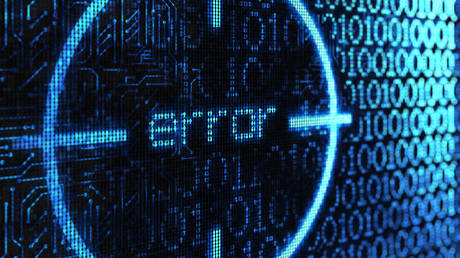