More than a dozen influential infectious disease and vaccine experts say the first round of jabs may offer enough protection against Covid-19, refuting Big Pharma’s claims that regular shots will “likely” be needed.

In a report on Thursday, Reuters quotes top infectious disease and vaccine-development experts as saying that the first round of inoculation with vaccines against the original SARS-CoV-2 virus and its variants may be adequate to offer enduring protection.

The scientists also expressed concern that it’s the pharmaceutical executives rather than health specialists who are shaping public expectations around booster shots.

Pfizer CEO Albert Bourla said in April that people would “likely” need a third dose of a Covid-19 vaccine within 12 months of getting fully vaccinated, adding that yearly vaccinations would possibly be necessary.

The CEO of American vaccine manufacturer Moderna, Stephane Bancel, also said this week that a booster shot might be needed as early as this autumn.

“There is zero, and I mean zero, evidence to suggest that that is the case,” Dr. Tom Frieden, former director of the US Centers for Disease Control and Prevention, told Reuters. Frieden now leads the global public health initiative Resolve to Save Lives. He went on to say that it was “completely inappropriate” to state that people would need an annual booster, “because we have no idea what the likelihood of that is.”

The World Health Organization has expressed a similar view. Kate O’Brien, director of the WHO’s Department of Immunization, Vaccines and Biologicals, told the outlet that there was no data yet available “that would inform a decision about whether or not booster doses are needed.” She added that the WHO was forming a panel of experts to assess vaccine efficacy data and to recommend changes to vaccination programs if necessary.

Pfizer responded to the criticism, saying it expected that the boosters would be necessary “while the virus was still circulating widely” – a situation that could change once the pandemic is brought under control.

The group of experts has also expressed concern that wealthy nations rushing to get booster shots as early as this year would push poorer nations farther back along the queue, as they are already struggling to buy doses for their first round of jabs.

The UN reported in April that low-income countries had received just 0.2% of all Covid-19 shots given to date.

Global spending on Covid-19 vaccines and booster shots could total $157 billion through 2025, says the US health-data firm IQVIA Holdings. Moderna, for example, has set a goal to produce three billion doses of vaccine by next year.

Ultimately, decisions on whether booster shots will be necessary “will best be made by public health experts, rather than CEOs of a company who may benefit financially,”  said Dr. Monica Gandhi, an infectious diseases doctor at the University of California, San Francisco. 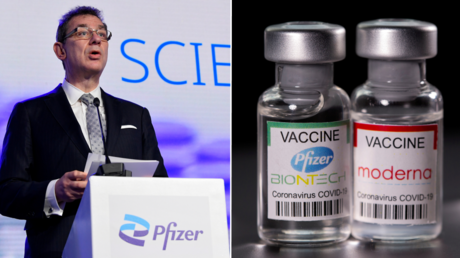