Cod liver oil, a weapon in the fight against Covid-19? Norwegian scientists expand massive study to find out

Cod liver oil, a weapon in the fight against Covid-19? Norwegian scientists expand massive study to find out

Researchers in Norway are expanding a major ongoing study to determine whether cod liver oil can help fight off Covid-19 or whether those who take the supplement anyway tend to lead healthier lives in general.

Previously, the major national Covid-19 study (‘Koronastudien’) that began this spring, found that cod liver oil users had a lower risk of catching the virus.

“Preliminary data from our ongoing COVID-19 study, Koronastudien, suggest that cod liver oil users may have a reduced risk of COVID-19 and a lower risk of severe disease outcomes if they are infected,” says Arne Søraas, physician-scientist at the Department of Microbiology, Oslo University Hospital.

Now researchers want to expand the study into a “randomized, parallel-group treatment, quadruple masked, two-arm study” to test cod liver oil’s mettle and determine if it can help prevent or reduce both Covid-19 infections as well as other seasonal viral diseases like flu and the common cold.

The research team is calling for 70,000 volunteers to participate, half of whom will be dosed with the cod liver oil and the other given a placebo (corn oil) from November until April next year.

This hypothesis is in line with current prevailing findings in the scientific literature regarding omega-3 fatty acids and vitamin D, both found in cod liver oil, and how they help prevent respiratory tract infections and Covid-19.

Cod liver oil is one of the few natural sources of vitamin D for most Norwegians, whose dark winters usually limit the body’s natural production of the substance through exposure to sunlight.

The randomized study aims to determine whether cod liver oil might be a cheap but effective weapon that could easily be distributed worldwide with life-saving consequences for limited cost.

The researchers are also hoping to gain further insight into demographic-specific Covid-19 infections and whether cod liver oil doses might be of particular use to certain sections of the population. 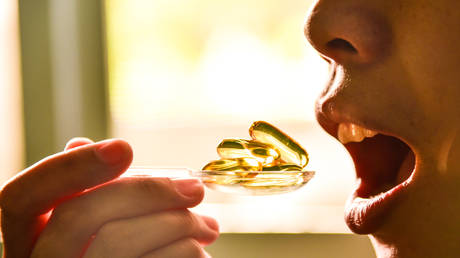