An Indian remote sensing satellite flew “dangerously close” to a Russian one on Friday, according to Russian space agency Roscosmos. The Indian authorities, however, denied there was any risk of collision.

“The Indian CARTOSAT 2F satellite weighing over 700 kg dangerously approached the Russian Kanopus-V spacecraft,” Roscosmos said in a statement on Friday, citing data provided by its automatic warning system, designed to track potentially hazardous situations in near-Earth orbit. The Russian space agency said that the distance between the two satellites was just 224 meters – quite close by space standards.

The minimum distance between the Russian and foreign satellites was 224 meters. Both spacecraft are designed for Earth’s remote sensing pic.twitter.com/WygY6oPqGf

India’s Space Research Organization (ISRO), however, denied there was any reason to “go public” over the incident. The ISRO’s head, K. Sivan, told the Times of India, citing his agency’s own tracking data, that the distance between the two spacecraft was “about 420 meters,” adding that they would see a need for maneuver if it was “around 150 meters.” He said such incidents were “not uncommon.”

Both satellites were remote sensing devices. The most recent known satellite collision happened back in 2009, when a US commercial Iridium 33 satellite hit a defunct Russian ‘Cosmos-2251’ satellite. Still, the latest incident highlights the problem of Earth’s “overcrowded” orbit.

Between 2,000 and 3,000 satellites are currently orbiting our planet, according to various estimates, and some analysts expect this number to increase fivefold over the next ten years due to rapid communications development.

The satellites are not the only objects remaining in orbit. Scores of space junk, ranging from spent rocket stages to defunct satellites and various particles, occupy some space there as well. In October, Roscosmos warned about a defunct Soviet satellite potentially hitting a spent Chinese rocket stage. While both objects were out of commission, their collision could have created even more space debris.

Over 22,000 pieces of space junk larger than 10cm are orbiting Earth, according to NASA, while the number of smaller objects measuring around 1cm might exceed tens of millions.

Further accumulation of space junk in orbit could render any space activity almost impossible, scientists warn. They say it could lead to the Kessler syndrome, which would see the Earth’s orbit, or at least some parts of it, becoming so cluttered that the use of any satellites there – or even space launches – could become impossible, due to almost constant collisions between space objects.

“It is unclear, if we have already crossed that line, and if so, then where exactly,” Boris Shustov, the director of the Astronomy Institute of the Russian Academy of Sciences, told Interfax. “One needs to take a very close look into it, since it is a critical moment for our space activities.” 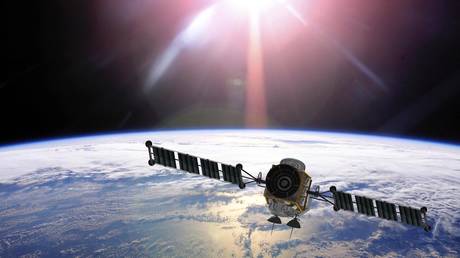 At least 3 dead in Italy’s Sardini...