Scientists are sounding the alarm that, once Covid-19-related social distancing ends, the world’s children may face a new pandemic from a mutated old enemy which was once a leading cause of death for kids in the Western world.

Scarlet fever, caused by the bacteria streptococcus pyogenes and considered as deadly as Covid-19, has made a recent resurgence in the UK, China, South Korea and Vietnam, with cases recorded in Australia and even New Zealand. UK case numbers have also quadrupled in recent years.

However, scientists now think that so-called “supercharged bacterial clones” have been behind the latest waves of the disease, which boasts a fatality rate of 15-20 percent.

Clues about the mysterious resurgence in a disease that was brought to the brink of extinction were found in the genome of a northeast Asian strain of A strep, or streptococcus pyogenes, one of the bacterial strains responsible for scarlet fever.

Antigens are any substance which stimulates an immune response, such as antibodies. Superantigens produce an excessive and problematic immune response.

Hidden within the strain of A strep behind the recent wave of scarlet fever outbreaks was a superantigen which gave pathogens previously unseen access to the host’s cells.

This entirely new means of inflicting damage diverges greatly from the historical strain that ravaged Western Europe in the past.

Researchers in Australia now believe that, rather than natural selection providing the bacteria with new powers, it may actually have been caused by an infection known as a phage (viruses that infect bacteria).

“The toxins would have been transferred into the bacterium when it was infected by viruses that carried the toxin genes,” says bioscientist Mark Walker, also from the University of Queensland.

Essentially, the toxins which infected streptococcus pyogenes afforded it new powers of infection, making it better at colonizing its host and outperforming other strains, courtesy of a process known as horizontal gene transfer.

In this case, horizontal gene transfer made a less dangerous strain of the bacteria streptococcus pyogenes as much of a threat as its distant cousin, which is bad news for health authorities around the world once life returns to normal in a post-Covid-19 world, particularly when children return to school en masse.

“But when social distancing eventually is relaxed, scarlet fever is likely to come back,” Walker warns. “Just like Covid-19, ultimately a vaccine will be critical for eradicating scarlet fever – one of history’s most pervasive and deadly childhood diseases.” 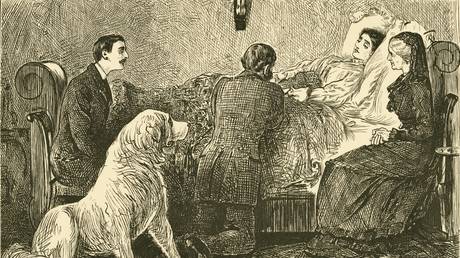