The veteran officer belonged to the CIA’s paramilitary division and was killed in “recent days” during fighting in the East African nation, the New York Times reported on Wednesday, citing anonymous US officials. His identity, mission and the exact circumstances of his death remain unclear, however, while the CIA has yet to comment on the purported casualty.

Reports of the retired SEAL’s death come amid high-level discussion of a possible US troop withdrawal from Somalia, according to Reuters, Bloomberg, the Times and other outlets. Current estimates place around 700 American soldiers in Somalia, where they work alongside local security forces in their fight against al-Shabab, an Islamist militant group affiliated with al-Qaeda. It is unknown how many intelligence officers might be stationed in the country.

While a withdrawal from Somalia would be in line with troop drawdowns Trump has ordered elsewhere, such as in Iraq and Afghanistan, the proposal has been met with resistance from both critics of the president as well as his own personnel. Within hours of an October report in Bloomberg noting that Trump had requested a withdrawal plan, a spokesman for AFRICOM – which oversees the US military presence in Africa – warned that al-Shabab poses a “future threat to America,” arguing that Somali forces still required “international assistance.”

The CIA officer’s combat death is likely to bolster that reluctant stance, which has been echoed by a number of “counter-terrorism experts” repeatedly cited in the American corporate press, many insisting a withdrawal would “strengthen” local terrorist groups. However, critics of the ongoing US presence in Somalia have countered that a withdrawal would likely only reposition American forces to nearby countries, rather than send them home, also suggesting that CIA and other intelligence operatives would not leave with the soldiers.

As we stated in our latest Empire Update, the possible “troops withdrawal” from Somalia not only repositions troops in neighboring countries to do the same exact operations, but leaves CIA. Many don’t realize the CIA has its own troops that do combat missions, just like the Army https://t.co/GJhVJcScux

Well I guess it’s official. FYI “pulling our troops out of Somalia” would not include the CIA and the paramilitaries. 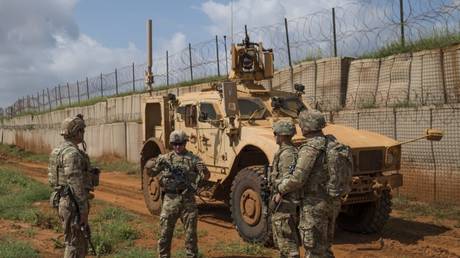