The US has no right to ask the UN Security Council to launch the ‘snapback’ mechanism, which allows the re-imposition of sanctions on Tehran, after Washington left the nuclear agreement, Beijing has said.

China’s foreign ministry spokesperson Zhao Lijian’s said on Thursday that, given the US had already declared its withdrawal from the Joint Comprehensive Plan of Action (JCPOA), it “has no due competence for demanding sanctions.” This position is shared by most members of the Security Council and a wide international consensus, according to Zhao.

Beijing firmly opposes unilateral sanctions and “long-arm jurisdictions” imposed by the US against other countries, he added. China also urges Washington to earnestly observe Security Council resolutions and fulfill its international obligations.

US Secretary of State Mike Pompeo said on Wednesday that he plans to inform the UN Security Council the following day about Washington’s decision to launch the process of reinstating anti-Iranian sanctions, due to come into force in 30 days.

The move comes after a US draft resolution on extending the arms embargo against Iran failed to secure enough votes at the Security Council on August 14. Russia and China voted against it, while 11 countries abstained from the vote.

Pompeo also warned that the US was ready to sanction Russia and China if they opposed its effort to “snapback” sanctions on Tehran.

Any such sanctions against China and Russia should be considered illegal because of the US’ earlier withdrawal from the Iran nuclear deal, which stripped Washington of competence to put forward any demands on this issue, Zhao said.

US threats to raise the question of restoring all previously lifted sanctions against Iran may lead to a serious crisis within the UN Security Council, Russian Deputy Foreign Minister Sergey Ryabkov warned on June 10. He also reminded Washington it had withdrawn from the JCPOA, and criticized the US for trying to “pick and choose what serves its interests” without regard for the views of others. 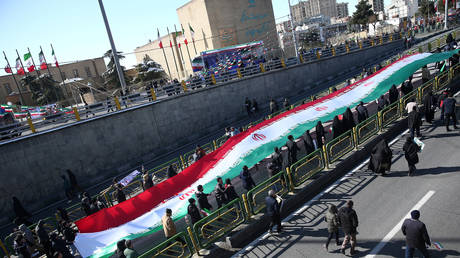