China stops imports of timber from Victoria, Australia over ‘pests’ amid diplomatic row

China stops imports of timber from Victoria, Australia over ‘pests’ amid diplomatic row

China has banned more Australian timber, saying that customs officials discovered pests in logs. However, Beijing denies there is a coordinated action against Australian products amid tensions between the two countries.

The General Administration of Customs in China has informed Canberra’s agriculture department that “all export of logs from the state of Victoria are suspended as of 11 November,” Australian Agriculture Minister David Littleproud said on Thursday.

The timber suspension follows the detection of bark beetle in logs exported from Victoria this year, Littleproud said, and there is also concern “around the effectiveness of fumigation treatments on shipments of bushfire-affected logs for export.”

Victoria’s agriculture minister, Jaclyn Symes, explained that “if bark beetle is present it is a legitimate reason to suspend trade.” Quarantine issues should be addressed “as quickly as possible,” she added.

A week ago, China halted timber imports from the northeastern state of Queensland, but Beijing has denied any “coordinated action” is being taken against Australian products.

The countries are at loggerheads over a series of disputes. Ties have worsened after Australia called for an international probe into the source of the novel coronavirus earlier this year.

On November 6 Australia also cited “troubling” reports that Chinese buyers have been told not to purchase seven categories of Australian goods, ranging from coal to wine.

Although officials in Beijing deny the latest actions were part of the diplomatic row, China’s state-run Global Times daily warned on November 4 that consumers’ confidence in Australian products may “significantly drop if Australia continues to sabotage bilateral relations.” The development “would cost Australia its best and biggest market, jobs and an opportunity to quickly recover from the pandemic,” the daily added, citing analysts. 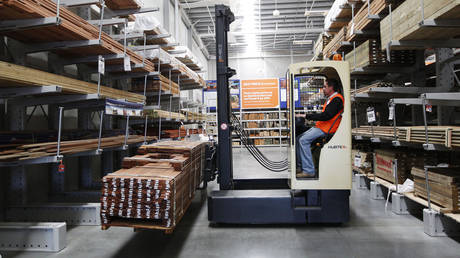