Beijing has offered its congratulations to Joe Biden, days after the Democrat declared victory in the 2020 presidential election.

China’s Foreign Ministry recognized Biden as the US president-elect on Friday. Beijing was among the handful of countries that resisted recognizing Biden as the clear victor in the contest against incumbent Donald Trump.

Biden declared himself president-elect on November 8, prompting world leaders to release statements recognizing the Democrat as their future colleague. China’s congratulatory note comes hours after media outlets projected a Biden win in Arizona on Thursday night, giving him 290 electoral votes in total, according to an Associated Press tally. 270 electoral votes are needed to win the White House.

Although many countries have acknowledged Biden’s presumed victory, there have been several notable exceptions. Mexican President Andres Manuel Lopez Obrador said that he wanted to wait for legal challenges to finish before assuming a clear victor. Several other nations, including Russia, have signaled that they would wait for Biden’s victory to be officially certified before extending their congratulations. 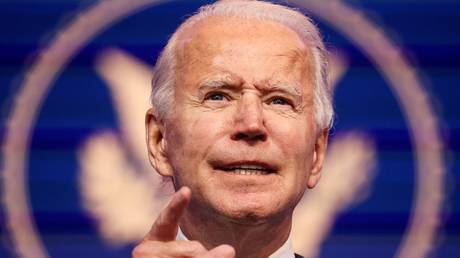