Cash-loving Japan to take currency online, as it begins experimenting with digital yen

Cash-loving Japan to take currency online, as it begins experimenting with digital yen

Japan’s central bank has announced it’s experimenting with a digital currency that could replace the traditional yen, signaling a possible shift away from coinage in the cash-loving nation.

The Bank of Japan (BoJ) wants to digitize its money in order to catch up with China, which has already begun testing its own central-bank digital currency (CBDC) in light of the coronavirus.

In the report, titled ‘Technical Hurdles for CBDC,’ the BoJ stated that the two major obstacles for the CBDC were universal access and resilience.

With regard to universal access, the report focuses on the lackluster smartphone numbers in Japan. According to Nikkei.com, as of 2018, only 65 percent of Japanese people had a smartphone.

The report also talks about how resilient this currency must be, with the BoJ insisting it needs to be accessible during any emergency situation.

In Japan, approximately 1,500 earthquakes strike each year, for example.

The bank is currently weighing up the pros and cons of centralized and decentralized systems, stating that, “in the case of massive transactions for retail use cases in advanced countries, it is better to adopt the centralized type.”

However, the report also notes that, “in the case where the amount of transactions is limited, and resilience and future possibility are prioritized, there is room to consider the decentralized type.”

In February, the central bank of Japan, together with those of Britain, the Eurozone, Switzerland, Sweden, and Canada, were collaborating on researching and issuing CBDCs.

Japan is a nation with a strong attachment to cash. As recently as last year, it was reported that, while its neighbor South Korea is a 98 percent cash-free nation, “the equivalent ratio for Japan is a meagre 18 percent”. In China and the UK, the figure is 60 percent and 55 percent respectively. 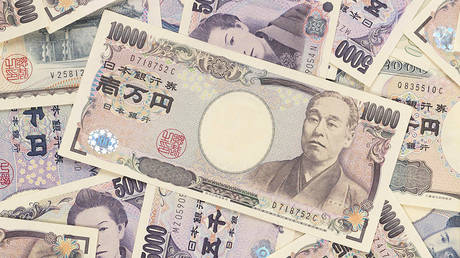