Significant rainfall in Cartagena and Granada in the south of Spain has caused severe flooding, sending vehicles and objects ploughing through streets, as water poured into nearby properties at a significant rate.

The weather event forced emergency services in the Murcia region to respond after 160 weather-related incidents occurred earlier this week, flooding roadways after rivers broke their banks.

Heavy #rainfall caused a massive #flooding in #Granada southern #Spain. Cars are blown away by streams of water, people have to wade across the streets. pic.twitter.com/X33vgZozBv

Multiple municipalities within the Spanish territory have been affected by the storm, with Cartagena and Granada the worst hit after 50 liters per square meter poured down in just half an hour and strong winds damaged trees and lampposts.

The Cartagena region has suffered from repeated flooding, with changes to the natural drainage network due to planning and development in the area having impacted the territory’s resilience to severe rainfall, raising the threat to residents and the risk of economic losses.

While the south suffered particularly badly, other parts of the country, including the northwest fell victim to intense storms on Monday night, as basements and garages were flooded and people were trapped in vehicles.

On Wednesday, following the flooding, Spain’s Secretary of State for the Environment Hugo Morán announced more than €140 million ($164.23 million) in funding to improve Flood Risk Management in the Cartagena region. This will be added to the already €30 million ($35.19 million) that has been set aside to bolster conditions in the territory. Morán revealed the funding after speaking to representatives on the ground in Cartagena after residents suffered from the heavy downpour. 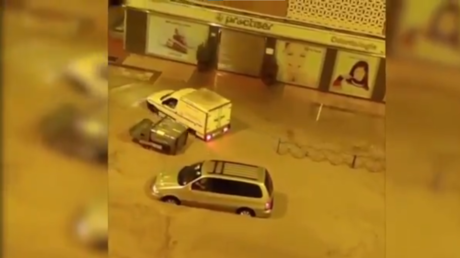