“We don’t believe in coercive diplomacy. We actually deeply believe that if you start giving into that kind of pressure, you’ll leave yourself worse off for the long term,” Trudeau told the Financial Times.

China continues to think that they can just put enough pressure on us and we will give in, where that’s exactly the opposite of our position.

The prime minister said his country “will not bend” with regards to the rule of law.

Relations between Ottawa and Beijing soured in December 2018 after Canadian police detained Meng Wanzhou, Huawei’s chief financial officer and the daughter of the company’s founder, Ren Zhengfei. Meng was held at the request of the US where she was charged with violating sanctions on Iran. The executive was eventually released on bail, and is currently fighting extradition to the US from Vancouver.

Trudeau told FT that China “arbitrarily” detained his compatriots in an effort to pressure Canada into releasing Meng. At the same time, he defended Meng’s detention, saying that Ottawa was fulfilling “an extradition treaty with our closest ally, the United States.”

Speaking about the tensions between the countries last month, Trudeau said that Canada would work with “like-minded nations” around the world to “impress upon China that its approach to internal affairs and global affairs is not on a particularly productive path for itself or for all of us.”

The Chinese Foreign Ministry said that Meng is “an innocent Chinese citizen” who did not break any Canadian laws, and accused Canada of being “secretive” in not disclosing enough information about her case.

“What the Canadian side has done is arbitrary detention in every sense of the term and typical ‘coercive diplomacy,’” Foreign Ministry spokesperson Zhao Lijian said in October. 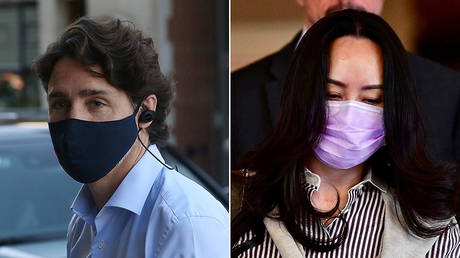