A Toronto court has ruled that a Canadian man knew just what he was doing when he plowed a van into terrified people on a crowded city street in 2018, finding him guilty of 10 first-degree murders and 16 attempted murders.

In delivering her verdict via video on Wednesday, Ontario Superior Court Justice Anne Molloy only referred to the killer, Alek Minassian, as ‘John Doe’, saying he craved publicity for his actions on April 23, 2018. He had described himself as an ‘incel’, meaning ‘involuntary celibate’.

“He knew death would be irreversible,” she said in rejecting defense arguments that his autism meant he was not criminally responsible. “He knew their families would grieve.”

The five-week trial focused almost entirely on the accused’s state of mind, and defense lawyers argued that his autism spectrum disorder hampered his ability to understand the wrongness of his actions and that he shouldn’t be held criminally responsible for his actions.

Those arguments were rejected by the judge, who said he freely chose the option that was morally wrong, knowing what the consequences would be for himself and for everybody else.

The court heard that he had made the rental booking for the van on April 4 – an indication, prosecutors said, of his plan to carry out the later attack and try to kill as many as possible.

Minassian told police officers after his arrest that he was a virgin who had never had a girlfriend, admitted to using the van as a weapon, and said he wanted to inspire other attacks.

“It does not matter that he does not have remorse nor empathize with the victims,” Molloy said.

Minassian will be automatically sentenced to a minimum term of life in prison, without possibility of parole for at least 25 years. 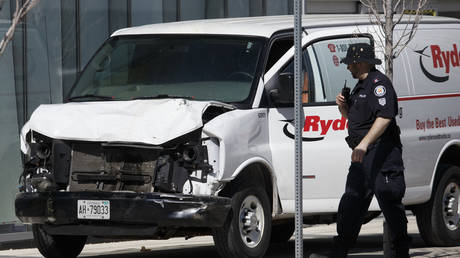