The news organization published the claim, which it attributed to a source close to the matter, a month after the Canadian was sentenced to 11 years in prison, ordered to be deported from the country, and forced to hand over $7,715 worth of personal property.

According to the state-run newspaper, Spavor took photos and videos of Chinese military equipment on several occasions before illegally distributing it to individuals outside of the Asian country, providing state secrets to foreign entities.

Chinese officials had accused Spavor of providing second-tier state secrets to Michael Kovrig, another Canadian defendant on trial, over a prolonged period of time. Kovrig allegedly entered China under false pretenses, posing as a businessman, while gathering information related to China’s national security.

Canadian officials have suggested that the detention of Kovrig and Spavor is related to the North American country’s decision to detain the chief financial officer of Chinese company Huawei, Meng Wanzhou, with sanctions-related fraud. However, China has rejected the claim that the cases are related.

While Kovrig and Spavor have largely been shielded from public view since their detention, Spavor’s family has denied any wrongdoing on their part, claiming Spavor was “just an ordinary Canadian businessman who has done extraordinary things to build constructive ties between Canada, China and the Democratic People’s Republic of Korea.” 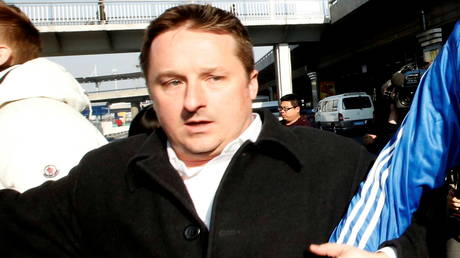