A multidisciplinary group of teams from across the US have developed an extremely precise technique to edit inside the mitochondria of the cell for the first time in history.

Previously scientists could only make changes to the cell’s nucleus, but not to the mitochondria or the “powerhouse” of the cell, as gene-editing tools were simply too bulky to deploy in the confined space.

However, researchers have developed a revolutionary gene-editing tool which could one day be used to modify the instructions behind mitochondria and treat or prevent several nasty, degenerative diseases in the process.

“We’ve been able to make point mutations in human nuclear DNA for 15 years, but mitochondria have resisted that furiously, much to the great frustration of everybody. With this technology, mitochondrial research will enter a golden age,” explained researcher Fyodor Urnov, a biologist at the Innovative Genomics Institute.

Mitochondrial disease can cause sensory problems, learning disabilities, heart, liver and kidney disease and can be involved in acquired conditions like Huntington’s, Alzheimer’s and Parkinson’s disease.

The new tool repurposes a bacterial weapon, a toxin called DddA, used by a nasty pathogen called Burkholderia cenocepacia to attack competitors fighting for scarce resources in the human body.

Researchers from the University of Washington found that the toxin can be used to tweak DNA, but only single strands. They contacted several colleagues across the US to see if they could upgrade the targeting system a bit.

Enter the research team from the Broad Institute of MIT and Harvard, who combined the toxin with CRISPR technology to more effectively target the mitochondria.

It is easy for CRISPR to enter the nucleus but difficult to interact with mitochondria as they are wrapped in membranes, making them largely inaccessible. Instead, CRISPR relies on an enzyme to split DNA into two singular strands for the enzymes contained in the bacterial weapon to act on.

Even still, there was a high risk of causing major collateral damage in human cells, so the researchers needed a way to “tame the beast” and up the accuracy even further.

At this point, graduate student Beverly Mok proposed splitting the enzyme itself into two nonreactive pieces, and delivering them via certain proteins which bind to specific target sites within the mitochondria, before reattaching them once inside where they can get to work editing.

The results spoke for themselves: The tool effectively repaired between 20 percent to 40 percent of its targets after three to six days and, while there were some inaccurate edits, the technique is still in its infancy and is already showing great promise.

“I’ve been in the field for 25 years, and this is the first time ever that we’ve been able to [manipulate cells], and, voilà, a few days later, you have edits to the mitochondrial DNA,” Vamsi Mootha, a Broad Institute specialist in mitochondrial dysfunction and coauthor, tells Science.

While effective treatments using the technique are still years away, in the meantime, the technique could be used to generate animal models and thus greatly improve our collective understanding of certain mitochondrial diseases. 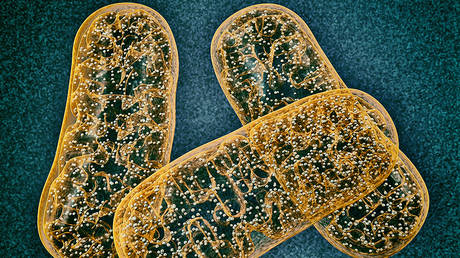 You can see ‘brightest’ Jupiter wi...