A seemingly benign news story about Bob Dylan led to an embarrassing fact-check blunder, after several television programs falsely reported that the legendary singer, still very much alive, was dead.

Numerous outlets carried stories about a trove of documents once belonging to the musician that were recently sold for $495,000 at an auction in Boston. The papers included unpublished song lyrics and interviews revealing that the hit song ‘Lay Lady Lay’ was inspired by singer and actress Barbara Streisand. But at least two television networks embellished the story with some easily debunked details.

While relaying details of the auction, Australia’s ‘Today Show’ caption referred to Dylan as the “late singer” during a Sunday morning segment.

The error went uncorrected for about 30 minutes before host Richard Wilkins issued a correction, noting that Dylan was still among the living.

“About half an hour ago, in the entertainment chat we incorrectly ran a banner on your screen about Bob Dylan. It was false. We apologize for any confusion,” he said.

The Aussie show wasn’t the only major television program to prematurely broadcast Dylan’s passing. In its own iteration of the story, MSNBC was even more precise with its ‘fake news,’ reporting that Dylan died “last year at the age of 79.”

@MSNBC um, you sure that @bobdylan is dead? Thinking he might dispute that. pic.twitter.com/kUhDo2izHJ

MSNBC host Joshua Johnson later issued a clarification, noting that internet users were quick to call out the network for its egregious error.

“We accidentally said that he died last year,” he said.  “Bob Dylan is very much alive. He turned 79 this year. Sorry about that.”

At least for now, the 60s icon, who won a Nobel Prize for literature, hasn’t commented about the macabre oversights. 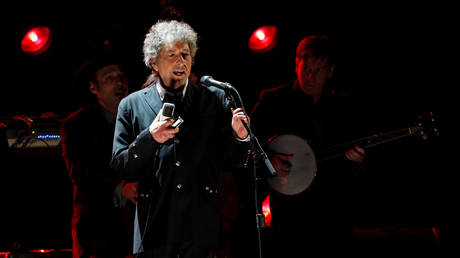