In the latest verbal spat between Beijing and Canberra, China has accused Australia of oppressing its reporters as well as slamming its “blatant irrational behavior.”

A spokesperson for the Chinese Foreign Ministry, Zhao Lijian, alleged that four Chinese journalists had been harassed in June this year, noting that the Australian authorities had searched their homes and seized items including laptops, cellphones and even a child’s toy tablet.

Zhao, in a daily briefing, requested that Australia “immediately stop such blatant irrational behaviors, stop harassing and oppressing Chinese personnel in Australia under whatever pretext.” Beijing also claimed that, according to the Australian side, the journalists were targeted over security issues.

Xinhua, a Chinese state news agency, reported that the journalists had been told to remain “silent” about the events whilst the Australian foreign office has declined to comment on the allegations.

This statement by the Chinese government comes after two Australian journalists were forced to leave China in what Australia’s foreign minister labeled a “very disappointing series of events.” Michael Smith of the Australian Financial Review and Bill Birtles of ABC departed China on Monday having been questioned by China’s Ministry of State Security.

The saga concerning the Australian journalists began at the beginning of September when Australian diplomats advised Birtles to leave China.

Subsequently, a flight was arranged for him to return to Australia on September 3, however Chinese officials intervened. Birtles was confronted at midnight, just hours before his flight, whilst holding a leaving drinks gathering at his flat in Beijing. He was informed that he could not leave the country and would face questioning concerning a “national security case.” The ABC reporter informed Australian diplomats in China and was brought to the Australian Embassy in Beijing until his flight earlier this week. Birtles noted that he felt like a “pawn in a diplomatic tussle.”

Relations between the two major trading partners worsened this year following Australia’s call for a global inquiry into the handling of the coronavirus outbreak, which happened in China last year and later spread worldwide, claiming hundreds of thousands of lives. Beijing hit back, saying the plan was “political maneuvering” which hampered joint international efforts to contain the virus. It also threatened Canberra with economic consequences. 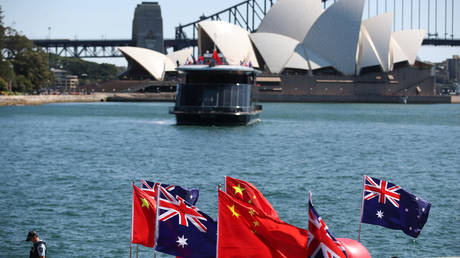 Scientists develop cheap ‘lab on a...