The CEO of BioNTech has said the company and its US partner Pfizer will seek approval for a new version of their Covid-19 vaccine that can be stored at normal refrigerator temperatures for up to six months.

At a webcast event organized by the Financial Times on Tuesday, BioNTech’s CEO and co-founder Ugur Sahin said the new version of their much sought-after Covid-19 vaccine could be stored in temperature between two and eight degrees Celsius for a period of up to six months.

“Our first formulation had to be stored and shipped at -80 degrees. We now have a formulation, which is not yet approved … that can be stored at two to eight degrees,” Sahin told those watching.

“We will most likely reach six months’ stability at two to eight degrees,” he stated, adding that data packages were being readied to be sent out to regulators.

While the current BioNTech/Pfizer jab has been widely used and is in high demand, the requirement to store the shot at super-cold temperatures means it has little utility in countries or regions without a network of such storage capabilities.

At the same video conference, Sahin said BioNTech and Pfizer have been able to further increase production capacity of their Covid-19 vaccine, upping supply to around three billion doses in 2021. 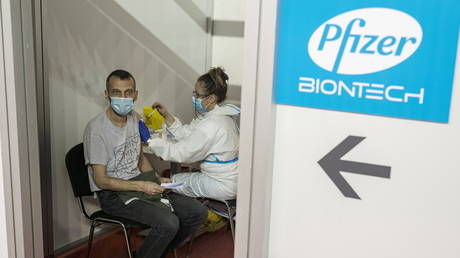