Nearly a quarter of a million people worldwide were diagnosed with Covid-19 in 24 hours, according to the World Health Organization (WHO). The increase is the single biggest daily jump in cases since the onset of the pandemic.

A record 237,743 cases of the coronavirus were reported since Thursday, according to the WHO’s daily situation report on Friday. 5,682 deaths were reported, a figure that’s stayed relatively consistent for the last two months.

The latest increase brings the total number of cases worldwide to just under 14 million. The majority of the new cases were registered in the United States, Brazil, South Africa and India.

Though the virus has continued its spread, the European countries previously ravaged by the illness have begun to reopen their economies and resume normal life, albeit with some restrictions on socializing and public gatherings still in place. In the United States, a steady increase in cases since mid-June has divided states on whether to lift or reimpose lockdown measures.

Georgia’s Republican Governor Brian Kemp, for example, has sued the city of Atlanta over its mandatory face mask policy, while Democratic governors like Pennsylvania’s Tom Wolf have threatened businesses who reopen with citations. At a national level, President Trump has pushed for schools to reopen this fall, while left-leaning teachers’ unions have vowed to resist.

Earlier this week, WHO chief Tedros Adhanom Ghebreyesus declared that the virus was still “public enemy number one,” and warned that careless reopening could see the situation “get worse and worse and worse.” 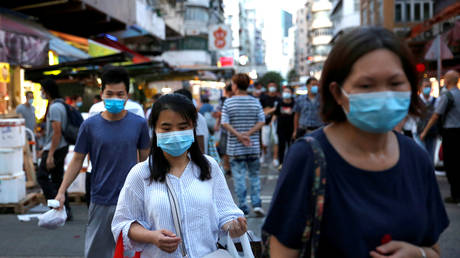