The Daily Beast says it has identified a network of fake personas used to sneak opinion pieces aligned with UAE government policy to legitimate media outlets. Twitter agreed to suspend some of their accounts.

The network is centered around two websites, the Arab Eye and Persia Now, and has been operating since at least July 2019, the Daily Beast reported. Non-existent experts belonging to it had falsified LinkedIn profiles and falsely claimed to have academic credentials. Some used AI-generated images for their profiles while others opted for photos of real people, which were altered to avoid detection.

The network operated at least 19 such fake personas and produced more than 90 opinion pieces printed in 46 different publications, the report said. Among those were right-leaning US media outlets like the Washington Examiner and the National Interest, Hong-Kong-based South China Morning Post, as well as big players like the Jerusalem Post and Al Arabiya.

Sixteen Twitter accounts tied to a network of fake accounts designed to spread false information about Middle Eastern countries were suspended after The Daily Beast sent Twitter the results of an investigation into the networkhttps://t.co/k0CV9zd5I5

On Monday, Twitter suspended 16 accounts identified by the Daily Beast as belonging to the network. “As is standard, if we have reasonable evidence to attribute any activity to a state-backed information operation, we’ll disclose them – following thorough investigation – to our public archive,” the company told the outlet.

It remains unclear who is behind the alleged network. Opinion pieces produced by it initially focused on Asian affairs, but quickly shifted focus to the Middle East. They were critical of Iran, Turkey, Qatar as well as the latter’s state-funded news channel Al Jazeera. Meanwhile praise was heaped on the UAE, the report said.

The disclosed network is not the only example of ‘fake journalists’ tricking the media, as the digital era has made it much easier for fraudsters to fabricate work. One infamous example is ‘Eduardo Martins’, who claimed to be a war photographer from Brazil and for years tricked major news outlets into paying for ‘his’ photos, which were actually plagiarized. His scam was busted in 2017. 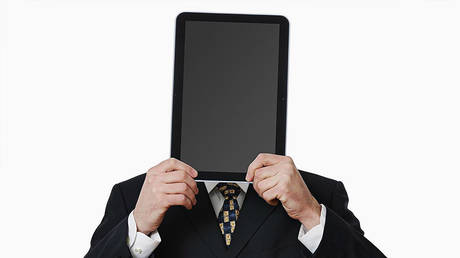