The Berlin International Film Festival has announced that it will cease separating acting awards by the usual ‘actor’ and ‘actress’ at its next event, in an attempt to be more “gender-sensitive.”

“We believe that not separating the awards in the acting field according to gender comprises a signal for a more gender-sensitive awareness in the film industry,” festival directors Mariette Rissenbeek and Carlo Chatrian said in a public statement on Monday.

While the ‘Silver Bear’ awards were previously given separately to actors and actresses, typical for entertainment award ceremonies, the categories will now be combined and celebrate the “best leading performance” and “best supporting performance.”

The change will be in effect for the next festival, which is set to take place in February 2021. The event will be partly in-person, despite the Covid-19 pandemic.

Defending the decision to host a physical event, organizers said the “lively relationship with the audience” is an “important and unique feature” of festivals. “In times of the corona pandemic, it has become even clearer that we still require analogue experience spaces in the cultural realm,” they added.

The Berlin Film Festival is the first major one to make the move to genderless awards, with Cannes, Venice, and others still separating their acting prizes by gender. However, there has been a concerted push to remove gender from acting categories in recent years, and the MTV Movie and TV Awards made waves by implementing the concept in 2017.

Another major change occurring at the festival is that the Silver Bear Alfred Bauer Prize will be replaced by the Silver Bear Jury Prize. The Alfred Bauer award had previously been suspended when controversy arose over the fact that the filmmaker the prize was named after, Bauer, was a high-ranking member of the Nazi Party.

While genderless awards fit with modern times and the frequent calls for less gender separation, some online pointed out that entertainment awards have a controversial history when it comes to nominating women and men equally in categories where they directly compete. The Academy Awards in the US, for instance, has only nominated five women for the Best Director Oscar in its 90-plus year history.

We all know this means female performances getting sidelined the same way female directors are in gender neutral awards for best director… https://t.co/7KTlJr39ha 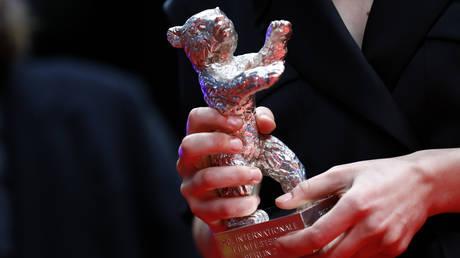