Supermodel Bella Hadid has called out Instagram, after it deleted a post honoring her father “and his birthplace of Palestine.” The Facebook-owned company said the post broke its community guidelines, but Hadid wasn’t satisfied.

Hadid shared a photo of her father’s expired American passport on Tuesday, which lists his place of birth as “Palestine.” The picture, posted to Hadid’s story and accompanied with the text “I am proud to be Palestinian,” was soon removed by Instagram.

In a follow-up post, Hadid explained that Instagram sent her a message claiming that the post breached the site’s community guidelines on “hate speech, harassment and bullying.”

“Exactly what part of me being proud of my father’s place of Palestine is ‘bullying, harassment, graphic, or sexual nudity’?” she asked. “Are we not allowed to be Palestinian on Instagram? This, to me, is bullying.”

“You can’t erase history by silencing people,” she added. “It doesn’t work like that.”

Hadid is certainly not one to be silenced on the issue of her ancestral homeland. The supermodel regularly posts about Palestine and drew cheers from fans in 2017 when she joined a protest march in London against US President Donald Trump’s decision to recognize Jerusalem as Israel’s capital. Marching in a red party dress, Hadid later said that “the treatment of the Palestinian people is unfair, one-sided and should not be tolerated.”

It is not clear why Instagram removed her latest post. However, the platform prohibits the sharing of photos that users don’t “have the right to share.” Someone else’s passport photo, even Hadid’s own father’s, could have broken this rule. Instagram uses artificial intelligence to flag posts as offensive or inappropriate, and this method has been criticized before for censoring legitimate content.

Instagram is not the only social media company to apply its content-filtering technology in a seemingly haphazard way. Nor is it the first to face criticism for doing so. Conservatives in the US have hammered Facebook and Twitter for removing their posts and banning their profiles, with Facebook CEO Mark Zuckerberg hauled before Congress in 2018 to answer accusations of bias.

Accusations of bias have not come only from the right. Facebook – Instagram’s parent company – in 2018 wiped the English language page of teleSUR, a Latin American news outlet partly owned by the Venezuelan government. After an online outcry, Facebook claimed it did so by mistake. Later that year, some 800 pages were banned from the platform, including some left-wing and pro-Palestine news pages.

But as sensitive as algorithms are, human beings can be more sensitive. With ‘cancel culture’ ubiquitous, Hadid may simply have assumed she’d joined the ranks of those punished for their transgressions.

Besides, the routine flagging of a post doesn’t make for headlines the way “Bella Hadid canceled by Instagram” does. 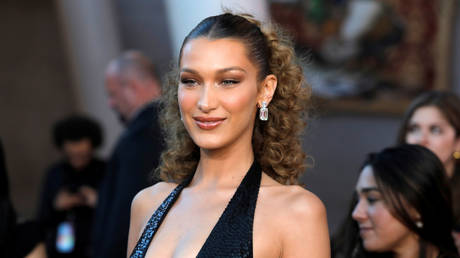 Belgrade protests not about Covid-...