The commission voted unanimously not to register Babariko as a candidate for the upcoming election, citing a letter from a state financial watchdog accusing the man of financial crimes.

The watchdog claimed the presidential contender had laundered criminal proceeds and amassed considerable assets, the chair of the commission said, adding that those assets were not disclosed in Babariko’s paperwork. He also used foreign money to fund his campaign, she added.

Babariko headed Belgazprombank, the Belarus subsidiary of Russia’s financial giant Gazprombank, for two decades before he decided to run for president. At one point he was perceived by the opposition as the strongest challenger in the race, with a realistic chance of beating Lukashenko.

Last month he was arrested and accused of using his bank position to facilitate money laundering and tax evasion and endanger Belarus’ national security. His son Eduard and over a dozen other people were taken into custody as part of the same investigation. The authorities also froze the assets owned by the Babarikos.

The ex-banker said the charges against him were absurd and politically motivated. His campaign filed the paperwork necessary for his registration even as Babariko remained in pretrial detention.

Following the arrests, Lukashenko claimed that his law enforcement agencies had managed to prevent a foreign attempt to orchestrate mass riots timed to coincide with the election. He also rejected a claim popularized by his critics that his actual approval rating was in single digits, and he complained about personal insults being thrown at him.

Lukashenko, currently serving his fifth term as president of Belarus, is one of five candidates who were registered on Tuesday by the Central Election Commission. The poll is scheduled for August 9. 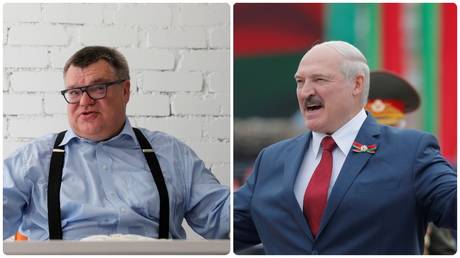