China has ended a judicial assistance treaty between Hong Kong and the United States, following Washington’s decision to terminate three bilateral agreements with the semi-autonomous city.

The Hong Kong Special Administrative Region is ending some of its legal cooperation with Washington, the Chinese Foreign Ministry said on Thursday.

“We urge the US side to correct its erroneous decision and stop interfering in China’s internal affairs,” ministry spokesperson Zhao Lijian said, as cited by state media.

The treaty’s suspension comes hours after the US said it would end agreements with Hong Kong concerning the extradition of fugitives and tax exemptions for ships.

The Hong Kong government denounced the decision as counter-productive and said it would “create troubles in the China-US relationship, using Hong Kong as a pawn.”

The US State Department ended the bilateral agreements as part of an executive order issued by President Donald Trump, which aims to penalize the Hong Kong government and Beijing over a new national security law enacted by the semi-autonomous city.

Earlier this month, China imposed sanctions on several US lawmakers in retaliation for economic restrictions introduced by Washington against 11 officials, including Hong Kong Chief Executive Carrie Lam, who were accused of suppressing freedoms in the city. 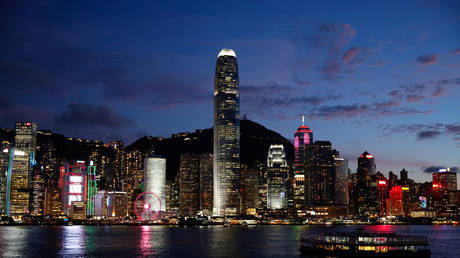