The trial of three individuals suspected of being part of an Islamist terrorist cell behind the deadly 2017 van rampage through Barcelona’s Las Ramblas has begun at Spain’s High Court.

A Spaniard and a Moroccan are facing charges of manufacturing and storing explosives, belonging to a terrorist organization, and attempting to cause widespread destruction, while another Moroccan national is accused of being an accomplice, having lent a vehicle and documents to the attackers.

In total, 16 people were killed and 140 injured on August 17 and 18, 2017, after a rented van was driven through pedestrians in the center of Barcelona. A similar incident occurred in Spain’s seaside resort of Cambrils. The Islamic State terrorist group quickly took responsibility for the attack.

Despite calls from the public, the defendants are not being prosecuted specifically for the attacks, with all charges instead relating to an accidental explosion that occurred in southwest Barcelona on the eve of the attacks. Other individuals who are suspected to have been involved with the terrorist cell are believed to have died in the blast.

Prosecutors are seeking prison sentences of 41 and 36 years respectively for the two suspects, and a jail term of eight years for the individual accused of aiding them. The trio have been in prison, having been denied bail, since they were arrested in 2017 in the aftermath of the incident.

The trial is taking place amid increased security measures, with a heavy police presence around the court, and is expected to last until December 16. 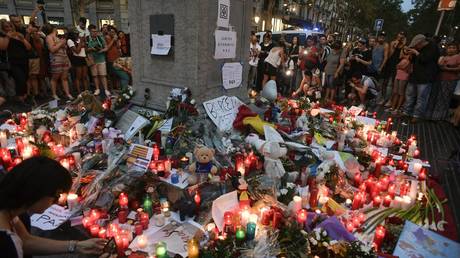