BangBros sends Mia Khalifa cease and desist notice as 1.5 million call for ex-pornstar’s videos to be taken down

BangBros sends Mia Khalifa cease and desist notice as 1.5 million call for ex-pornstar’s videos to be taken down

“The infamous hijab video has collected ISIS death threats that have targeted Mia from the video’s release in 2014 to today. Mia attends therapy on a consistent basis for trauma, emotional distress, and consequences of bullying.”

While the move may have generated a lot of sympathy for the 27-year-old it has also brought the attention of BangBros’ legal team down on the Beirut-born stunner.

Does Gen Z sleep? I’m actually worried. Y’all I saw this like 30 minutes ago on tiktok and it had 500 signatures 🥺♥️ I love y’all so much everyone who’s signed this is invited to my birthday party. It’s a guest list not a petition 😌 https://t.co/cB7YDkPtwF 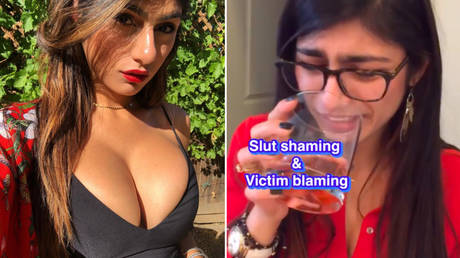 China working on blacklist of...