Bahrain’s Royal Court have announced the death of the long-serving Prime Minister, Sheikh Khalifa, who died at the age of 84 in a US hospital.

Sheikh Khalifa bin Salman Al Khalifa, who served as Bahrain’s Prime Minister from 1970 until his death, passed away at the Mayo Clinic Hospital in the US, Bahrain’s state-run news agency said, citing the announcement of the Royal Court. The cause of death was not disclosed.

Sheikh Khalifa, who was the uncle of reigning King Hamad bin Isa Al Khalifa, served as Bahrain’s Prime Minister for five decades, taking office over a year before the kingdom declared independence from Britain in 1971.

One of the world’s longest-serving prime ministers, he found his authority challenged during the 2011 Arab Spring. Protesters demanded his resignation over allegations of corruption, but Sheikh Khalifa survived the uprising.

King Hamad has declared a week of mourning, the lowering of national flags to half-mast and the suspension of government work for three days from Thursday. Bahrain News Agency reported that his burial will take place once the body has been repatriated and would be limited “to a number of relatives.” 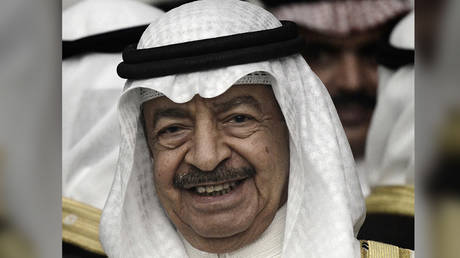