Austria’s interior minister has blasted the European Commission’s stance on migration and declared that Vienna will form alliances with other EU states that want to combat the illegal movement of people in their own way.

Speaking on Tuesday, Karl Nehammer pledged that Austria would take the matter into its own hands and work with other countries to combat illegal immigration, saying, “the European Commission isn’t reacting, hence we are reacting ourselves.”

The Austrian minister accused the Commission of sending “the wrong signals” to asylum seekers traveling to Europe for refuge, alleging that the bloc gives “smugglers thousands of euros.”

Nehammer’s condemnation of the EU’s executive body comes after Austria ramped up surveillance at the eastern state of Burgenland’s border with Hungary, with the Austrian Federal Army and police launching operations in the area on Monday. The Austrian Ministry of Defense also announced on Saturday that it will deploy up to 400 additional soldiers to its border with Slovenia and Hungary.

Austria opened discussions on border security with neighbors Hungary and the Czech Republic last month. The three states share a mutual stance on the repatriation of migrants and are in favor of stricter border control, which Nehammer said should be “on the top of the EU agenda.” Czech Interior Minister Jan Hamacek shared Austria’s concerns, stating: “We are countries that look at migration with the same eyes.”

Migration is a sensitive subject in Austria, which was heightened following the murder of a 13-year-old girl in late June. The Austrian authorities arrested three Afghan asylum seekers on suspicion of the murder, and the case fueled a national debate over the issue of deportating asylum seekers who commit crimes. The Austrian People’s Party argued that those “who seek refuge in our country, but trample on our values and express this in their actions have no place in our country.”

The capital, Vienna, was also rocked by a series of shootings on November 2, 2020, with a gunman murdering four people and injuring over 20 before being shot dead by the police. The authorities dubbed the Austrian-born perpetrator as an “Islamist terrorist.” 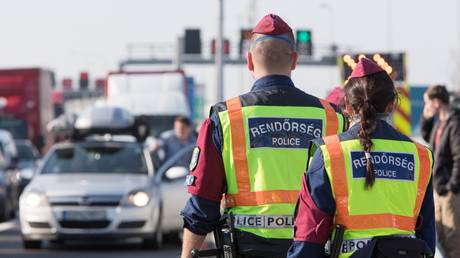