Close
Trending News
HomeWorldAustralia to manufacture AstraZeneca/Oxford Covid-19 vaccine, will provide it free to all citizens

Australia to manufacture AstraZeneca/Oxford Covid-19 vaccine, will provide it free to all citizens

Australia to manufacture AstraZeneca/Oxford Covid-19 vaccine, will provide it free to all citizens

Canberra has inked a deal with AstraZeneca to manufacture the Swedish-British drug company’s Covid-19 vaccine and plans to make it free for all Australians, assuming it clears clinical trials.

Prime Minister Scott Morrison announced the deal on Tuesday, stating that the vaccine, developed in conjunction with Oxford University, was “one of the most advanced and promising in the world.”

“Under this deal we have secured early access for every Australian,” Morrison said. ”If this vaccine proves successful we will manufacture and supply vaccines straight away under our own steam and make it free for 25 million Australians.”

The vaccine is one of five jabs worldwide currently undergoing Phase 3 efficacy trials. Researchers have expressed hope that it will be ready for public use by the end of the year.

The cost of the vaccine, as well as details concerning its domestic manufacture, have yet to be ironed out. However, Australia has signed a $18 million deal with American medical tech firm Becton Dickinson to purchase 100 million needles and syringes to administer the vaccine.

Morrison acknowledged that there was “no guarantee” that the vaccine would work until it passed all testing phases. He said the Australian government would continue to talk with other vaccine developers, as well as support domestic research, in order to ensure that the country would not be left behind once a safe and effective vaccine reaches the market.

The move comes hours after World Health Organization (WHO) chief Tedros Adhanom Ghebreyesus warned against “vaccine nationalism,” and urged wealthier nations to help ensure all countries are inoculated against coronavirus.

Russia was the first to register a coronavirus vaccine, and has already received orders for one billion doses from twenty countries. 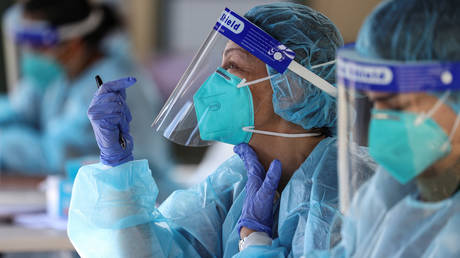 GCSE results WILL come on time on...