Abdul Nacer Benbrika has become the first person to be stripped of his Australian citizenship while still in the country after the government decided that he poses a “significant terrorist threat.”

It is the first time that an individual has lost their citizenship while still in the country. Australian law allows the government to strip a person of their citizenship if they are dual citizens. Benbrika is believed to have retained his Algerian citizenship and he will, therefore, not be left stateless by the move.

Announcing the decision, Home Affairs Minister Peter Dutton told reporters: “If it’s a person who’s posing a significant terrorist threat to our country, then we’ll do whatever is possible within Australian law to protect Australians.”

Benbrika was convicted on three terrorism charges in 2009 and is serving 15 years in Australian prison for intentionally being the leader and a member of a terrorist organization, as well as possessing material associated with the planning of a terrorist act.

While he is eligible for release next month, Benbrika remains in an Australian prison, as the country’s law allows people convicted of terrorism offenses to be detained for up to three years after their sentence ends.

Benbrika’s legal team is currently appealing his continued detention. Following the revocation of his citizenship, he has 90 days to appeal the cancellation of his visa and return to Algeria. Algiers has not yet commented on the recent developments.

Australia previously used its legal ability to revoke citizenship in 2019, stripping it from Neil Prakash, who is imprisoned in Turkey and accused of being an Islamic State recruiter. 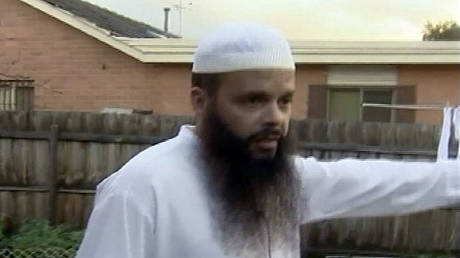 PS5 stock: When will PlayStation 5...