An explosion from a gas leak has brought down a two-story residential building close to a packed marketplace in the city of Ahvaz in southwestern Iran.

Ebrahim Ghanbari, the head of the local fire department, told Iranian media that rescue teams were looking for survivors under the rubble.

So far, three people have been confirmed dead, and six were injured.

Ghanbari said that residents, as well as merchants and shoppers at the market, were among the victims.

A gas leak triggered an explosion followed by a large fire inside a clinic in Tehran in June, killing 19 people and injuring 14. 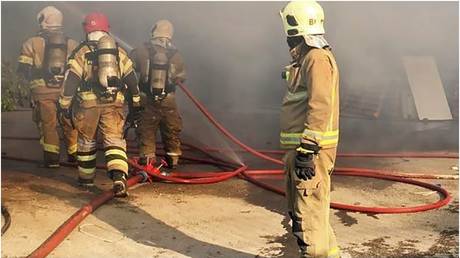 No to ‘permanent fear campaigns’:...