Social media giant Facebook has announced its first proposed deal with an Australian news organization after the tech company lifted its journalism ban on the site over the government’s proposed media code legislation.

Hours after Facebook reversed its controversial decision to prohibit Australians from accessing news content on the platform, the company announced its first proposed deal with one of the nation’s media organizations, Seven West Media.

Alongside the statement on the discussions with Seven West Media, Facebook also revealed it is working to secure similar deals with other national and local news organizations in Australia.

“As a result of these changes, we can now work to further our investment in public interest journalism and restore news on Facebook for Australians in the coming days,” Facebook Australia’s managing director, Will Easton, said in a statement.

Currently, the agreement is only outlined in a letter of intent between Seven West Media and Facebook, with it being subject to a long-form agreement being signed between the two companies in the next 60 days.

It is not yet clear what the terms of the deal are, as the statement released by Seven West Media simply stated that it “will provide more details following the execution of the agreement.” The only information provided is that it will allow the media company to build its “digital platform.”

Seven West Media has also agreed a deal with Google to provide news content to that company, as part of that tech giant’s parent company Alphabet’s work to comply with the new legislation in Australia. Google has already reached agreements with News Corp and Nine Entertainment, two companies Facebook is yet to secure a deal with.

The media bargaining code, which is expected to become law in the next few days, will require tech companies to pay news organizations for the content that they produce, as part of the government’s work to ensure journalists are compensated for their work.

Last week, in opposition to the proposed legislation, Facebook blocked all news content on its site, putting pressure on the government ahead of parliament’s consideration of the law. After discussions that took place throughout the weekend, the Australian government conceded and offered to make changes to the media code, watering it down and agreeing to not apply it to companies that could demonstrate they had signed or were attempting to sign enough deals with media outlets to use their content. 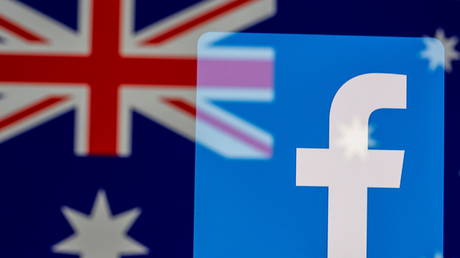