The UAE-Israeli peace deal could sprout into a lucrative arms contract, as the UAE’s foreign minister said it had removed the obstacles for purchasing F-35 fighters from the US. Washington said such a deal is already under review.

Formal normalization of ties with Tel Aviv should remove “any hurdle” in the path of the potential new arms deal with the US, the UAE Minister of State for Foreign Affairs Anwar Gargash said Thursday.

“We have legitimate requests … We ought to get them … the whole idea of a state of belligerency or war with Israel no longer exists,” Gargash told the NATO-sponsored pro-war Atlantic Council think tank.

The UAE has been trying to purchase the US-made 5th-generation fighter jet for years, but has failed to do so despite close relations with the US. The peace deal, however, has seemingly put the long-stalled procurement into motion.

The US authorities are already reviewing the potential purchase, President Donald Trump said Wednesday, revealing that the UAE is seeking to buy “quite a few F-35s.”

It’s the greatest fighter jet in the world. They’d like to buy F-35s. We’ll see what happens. It’s under review.

The revitalization of a potential F-35 deal between the US and UAE shortly after the peace agreement was struck prompted allegations that it had actually been a secret part of the negotiations. PM Benjamin Netanyahu was quick to deny this, however, dismissing any reporting otherwise as “fake news.” Moreover, the Israeli leader revealed that he had firmly opposed any sale of the aircraft in talks with US Ambassador to Israel David Friedman in July.

The US-sponsored peace deal between the UAE and Israel was unveiled last week, with the Gulf monarchy becoming the third Arab nation – after Egypt and Jordan – to formally recognize the Jewish state. Among other things, Tel Aviv agreed to “suspend” its plans to annex parts of the West Bank – a project that had been spearheaded by Netanyahu. The PM insisted that the plans are still “on the table”, though the US said it wouldn’t green-light the annexation “for some time.”

While the deal was touted as an “historic” achievement by its signatories, it caused quite an explosive international reaction. Many Muslim countries condemned the UAE as a “traitor” to the Palestinian cause, while the Israeli authorities came under fire from domestic hardliners, who accused Netanyahu of tricking them over the long-awaited annexation. 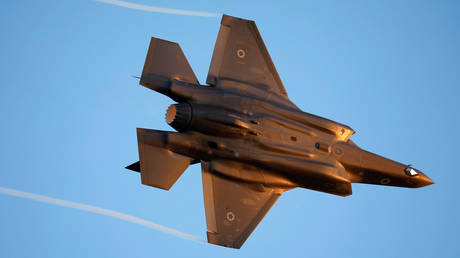