The United Nations Educational Scientific and Cultural Organization (UNESCO) has awarded Romania’s Rosia Montana gold mine world heritage status. However, the move may complicate an ongoing lawsuit with a Canadian company.

During the latest session of the UN body’s World Heritage Committee, the Rosia Montana mine was awarded the special UNESCO status because of its historical significance, dating back to the second century.

According to the International Council on Monuments and Sites, the historical mine “contains the most significant, extensive and technically diverse underground Roman gold mining complex currently known in the world.”

Romania’s president, Klaus Iohannis, praised UNESCO’s listing of the site in a Facebook post on Tuesday, and proposed that Rosia Montana “should become a model for enhancing the value of heritage through the sustainable development of the area.”

UNESCO’s decision, however, was not warmly welcomed by all. The mayor of the Rosia Montana municipality, Eugen Furdui, argued that the new status “does not bring benefits to the community or to the country,” citing extra expenses to renovate or update buildings in the area and bureaucracy in needing UNESCO approval.

The UN body’s decision has also added further complexities to an ongoing legal dispute between Romania and a Canadian company, Gabriel Resources. The company released a statement claiming that the UNESCO decision is in “contradiction with Romania’s obligations under its investment treaties in connection with Gabriel’s investments”.

The company filed a lawsuit seeking $4.4 billion in damages in 2017 after the Romanian government blocked Gabriel Resources’ plans to build its own large mine in the region after nationwide protests erupted in 2013. The Canadian company’s plan would have destroyed four mountain tops and three villages in the municipality.

The Romanian government declared the Rosia Montana mine a site of historical interest in 2016. 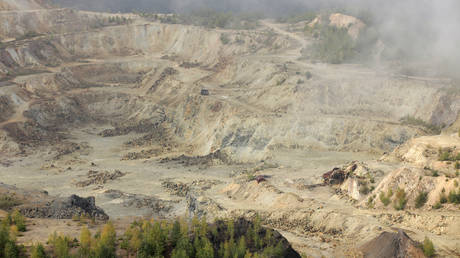 Microsoft’s new FLIP phone could b...

3-year travel ban for those who vi...