Amnesty International has suspended its work in India after the government blocked its funds in the country. The non-governmental organization (NGO) claims it has been unfairly persecuted by New Delhi.

In a press release, Amnesty International India said its bank accounts had been frozen earlier this month and it was no longer able to carry out operations. The group claimed it had been targeted by India’s Enforcement Directorate, an investigative agency, because of its “unequivocal calls for transparency in the government.” In recent months, Amnesty has issued a number of reports harshly critical of the Indian government. The NGO has detailed alleged human rights violations in the disputed Jammu and Kashmir region, and also accused the police of abuses during riots in Delhi in February sparked by a controversial citizenship law.

The group said it has faced “constant harassment” from New Delhi, and its decision to shut down was the result of an “incessant witch-hunt of human rights organizations.”

The statement included a list of raids and other actions allegedly carried out against Amnesty International as reprisals for its work in India.

Julie Verhaar, the Acting Secretary General of Amnesty International, said the decision by the Indian government to freeze the bank accounts was “an egregious and shameful act,” adding that the NGO would explore ways in which it can “continue to play our part within the human rights movement” in the country. 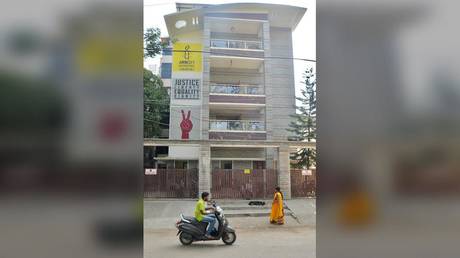