Amid Stuttgart riots, Berlin vows to prosecute leftist pundit who called for police to be sent to TRASH DUMP

Amid Stuttgart riots, Berlin vows to prosecute leftist pundit who called for police to be sent to TRASH DUMP

An op-ed by a left-wing German columnist in which she called for the abolition of the “trash” police ahead of the Stuttgart riots drew the ire of the interior minister, who pledged to hold her responsible for the incendiary piece.

Horst Seehofer told Bild newspaper that “as interior minister,” he will register “a criminal complaint against the columnist because of the unspeakable article in taz about the police.”

We cannot accept this any longer.

The column in question appeared in last week’s edition of Tageszeitung (commonly known as taz), a left-leaning progressive newspaper based in Berlin. In it, contributor Hengameh Yaghoobifarah demanded that the entire police force of Germany be defunded as they are “incapable of working” and harbor an “authoritarian and [fascist] mindset.”

She added that there is only one place where German cops should seek employment – “the trash dump.”
“Not as waste collectors who have keys to houses, but on the trash heap where they are actually surrounded only by waste. They would certainly feel most comfortable among their own kind.”

Yaghoobifarah’s defund-the-police call – which apparently drew inspiration from a similar debate in the US – didn’t go over well with German law enforcement. The national police union filed a complaint against taz a day after the inflammatory piece was published.

The newspaper itself was caught red-faced, with chief editor Barbara Junge apologizing for the op-ed. Calling it “satirical,” she nevertheless acknowledged that it “went wrong.”

Seehofer’s pledge comes on the heels of massive unrest in the city of Stuttgart, which broke out this weekend following routine drug checks by police. Officers were attacked by hundreds of rioters who pelted them with stones and smashed patrol cars. The mayhem, which lasted for several hours, prompted the authorities to deploy reinforcements to quell the violence and make arrests. 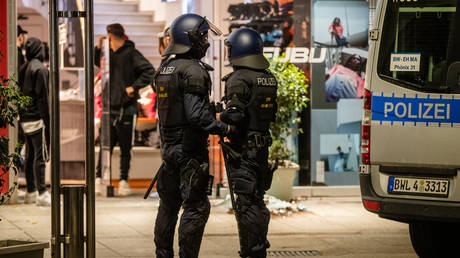